Yeah. I’m not even going to deny that I procrastinate. Or that I get distracted and forget things all the time. That’s what led to this last minute post tonight.

It started with taking Steve into work today (it’s my day off this week and we’re still juggling one car). On the way in, I mentioned that I was thinking about making banana pudding since I had all the ingredients (and also because I was feeling a little guilty about neglecting him lately, but I wasn’t going to mention that). He reminded me that November is Banana Lovers Month so I was cutting it pretty close, and I suddenly remembered promising to make him some at the beginning of the month. Man, I hate forgetting important things like that… ‘specially when they’re documented in the comments section of his website. Crap!

Good thing I’m kinda known around these parts for my Banana Pudding. Really, just ask anyone. Or at least anyone named Dave or Mary from the band Southern Culture on the Skids. So do some of the other people at their concert in 2010 (although I didn’t get a chance to make it for the 2011 show due to short notice and lots of overtime at work). We try to bring some for them to dish out to the audience in Austin when they play “Banana Pudding”.

I have to make some really good stuff for their next concert to make up for the store bought crap Steve delivered this year.

Today I decided to try using up some of the freeze dried bananas that I refuse to eat. That’s the downside of bulk purchasing. You get great deals on the stuff you like (freeze dried apples), but then you have lots of the items you hate (freeze dried bananas and strawberries). I picked out the banana slices and crushed them to a powder using a rolling pin. Then I mixed the banana powder in with the cream while making the pudding. It kinda clumped up a bit, but it tasted pretty damn good. This is it. Tasty, tasty banana pudding. Of course I had to scarf some down before writing about it so I could remind myself why I’m a banana pudding lover.

I don’t know how I missed this trick. But I can promise you I’ll be using it all the time now.

Elena Ferretti wrote an article titled “How to Cook an Easter Bunny”,  giving some great examples of why we should eat more rabbit.  First of all:

Rabbit is leaner than chicken, veal or turkey, with less fat and cholesterol. It has half the calories per pound compared to beef and pork and is the most easily digestible protein around. Since it’s both abundant and ubiquitous, low consumption has little to do with availability and lots to do with Thumper (a Cottontail) and Bugs (probably a Lop-Eared Gray.)”

See, that’s the problem.  Mention eating rabbit to my nieces, a coworker (hello Jenn), or even one of my baking instructors, and they’re appalled that you’re munching on cute, little fluffy bunnies.

Me? I love rabbit. I was even lucky enough to have rabbit as one of my ingredients in my Black Box final in culinary school (it’s a final with mystery ingredients, no recipes or cookbooks, and you have to use all your ingredients plus whatever random ones you find when you walk into class to make an appetizer, soup, main course, and dessert.  I made braised rabbit with a mustard sauce and it was AWESOME!).

And rabbit is healthy for other reasons as well.

Because rabbits mature fast they spend less time on earth than cows or pigs and have no time to accumulate toxins. They reproduce quickly and are grown without hormones or antibiotics. They can be entirely raised on alfalfa, clover or grass, making them a non-competitive species with humans – i.e. they don’t eat what we eat. Simply put, they’re very clean meat.

Rabbit is also delicious and no, it doesn’t taste like chicken. “It’s very delicate. I’d say the taste is closer to veal,” says Chef Emily Peterson who teaches at Astor Center in New York City….”

Unless you overcook it.  Then it tastes kinda like overcooked chicken that’s been sitting in the fridge for two weeks.

Braising is probably the easiest way to successfully prepare rabbit.  The article also links to a recipe for Rabbit Cacciatore, but there are so many more recipes out there. Many are from companies that sell rabbit meat, but there are quite few from people who raise their own rabbits, as well as the standard recipe sites.

http://www.showbunny.com/recipes_using_rabbit.html (scroll down for the actual recipes)

This is an individual recipe from the Reluctant Gourmet’s site.  I’m including him in my list because he has some great recipes.  Here’s the link to his recipe for Pan Roasted Rabbit.

Finally, because I’m a Texan, and we Texans have to cook our meat outside, here’s a recipe for Grilled Rabbit – coniglio marinato alla griglia (even though it’s from a Brit).

Now I need to go find me a rabbit.

Flavorpill posted an article about their ten favorite Musical Cookbooks yesterday (recipe books by musicians), and after looking through it, I was disappointed to see only two cookbooks in their list that even sounded like something I’d add to my collection (Recipes to Sing About by Patti Labelle, and Hellbent for Cooking: The Heavy Metal Cookbook by Annick Giroux).  It’s not only a disappointing list, but it’s also missing the one musical cookbook that I’m excited about –  Music in the Kitchen: Favorite Recipes from Austin City Limits Performers by Glenda Facemire.

My husband, the music freak, has several contacts who make sure we know about anything new or interesting that comes through our favorite music store.  That’s how I was introduced to Music in the Kitchen.  I haven’t purchased it yet, but it’s next on the list (my book spending has been severely curtailed, so I actually have to be selective about which books I  purchase now, which sucks).

From the author’s site:

Working with ACL gave me the up-close and personal opportunity to meet many more gifted musicians. On occasion, if time allowed before the show, the artists and I would share a tête-à-tête. Yes, there have been several great stories, some legendary tales, countless jokes, and even showbiz gossip. I wish I could share, but what happens in the makeup chair stays in the makeup chair!

When it comes to cooking, I’m looking for the next great recipe. And when you can talk about cooking and sharing some recipes with some of the most amazing performing artists in music history, it doesn’t get any better than that. After many years of talking appetizers and barbecue and main dishes with the artists, I thought, “Wouldn’t it be great to share all this with the treasured fans of ACL?”

As soon as I bring this book home, I’ll post a review.  Or you can purchase it yourself at Waterloo Records in Austin (if you do, please leave me a copy).

My sister-in-law is an excellent photographer, but even she can’t make a meal look good if it isn’t plated properly.  Good thing she wasn’t there because she’d have gone nuts trying to do it too.  While the meal was excellent, I just dumped it on the plate and collapsed on the couch to eat.  At least I was able to keep up with the  menu and I still had time to finish the Transformers cake for my nephew later Thursday night. 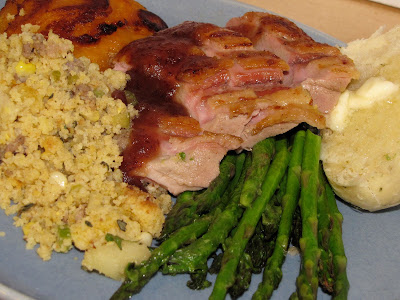 I still haven’t figured out how to make rice pudding look appetizing. 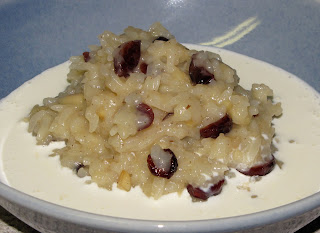