Well now I know why the studio took control of Phase IV and removed most of Saul Bass’s original ending. It was almost like I was having a brief flashback to the first third of the movie Beyond the Black Rainbow–but without the same artistry.**

The downside is that while they removed as much of the 70’s psychedelic montage as possible (supposedly it was pulled because it didn’t test very well, but I personally felt it distracted from the way majority of the movie was filmed anyway), they still managed to cut out a few seconds that contained one of the most important pieces of the movie!

The way the movie was originally released–each phase is titled in the movie–with the exception of the the final phase. Because of this, I originally thought that the movie title “Phase IV” referred to the fourth step in the evolution of the ants; but once I saw the movie with the missing ending, I realized that I had it backwards.

Phase 1: The first phase was the unnamed cosmic event that triggered the ants’ intelligence and coming together of all different species of ants to work as one hive.

Phase 2: I’m mentally kicking myself right now because I can’t remember what the second phase was and that means I’ll have to watch the movie again soon.

Phase 3: This one was interesting because all it showed was the activity of normal desert animals – but without any of the animals being attacked by ants. And this is after we were previously told that the ants had chased out or killed off many of the other desert creatures. Once seeing the missing footage, including the unintentionally humorous bits with humans flying and interacting in other ways with animals, this segment makes a bit more sense. The third phase was the integration of other creatures into the hive way of life where all animals have their specialization or place in society.

And that brings us to Phase 4 and what I consider to be the most important few seconds of film footage cut out of the ending.

In the missing ending, right before the bizarre montage begins that shows the integration of humans into a similar hive society, the title “Phase IV” appears in the same place and in EXACTLY the same way as the previous three phases. That’s when I realized that humans joining the ant society was the fourth and final phase, and that eventually the entire planet would be one massive hive containing all life.

Why was the part with the final phase cut? Probably because once the rest was cut out, it would have left it appearing in the upper right hand corner showing the beginning of the fourth phase right before the final credits began, which also includes the title “Phase IV”. With everything else cut out, there was nothing between them and it would have looked like an odd duplication. I just wish they had put in a bit more of the montage, as it wasn’t all bad (just most of it), so that the final phase could have appeared correctly.

In a perfect world, a completely different ending should have been filmed. And I don’t mean changing the way the story ended–a vague, abstract ending is fine, but in all honesty, neither of the endings were very well done.

Do I still like this movie? Yes. And knowing how it was supposed to end makes it even better in my mind… as long as I never have to watch the missing footage again. I guess I’ll have to hunt down the novelization by Barry Malzberg so I can see how close I am to the real story.

**I didn’t find out until after watching the movie at the Alamo that Panos Cosmatos had mentioned in an interview that Phase IV had inspired the general look of Beyond the Black Rainbow. (I still haven’t decided whether I loved or hated that movie, but it really does deserve to eventually have its own post rather than simply being a footnote in this one.)

Even if my unnamed body part was still having major issues – I wouldn’t pass up tonight’s event at the Alamo Drafthouse.

“A box office disappointment in its initial release, PHASE IV is one of those underappreciated sci-fi gems that is only now being reappraised by modern audiences. In partnership with the Academy of Motion Picture Arts and Sciences’ Academy Film Archive, we at the Drafthouse are proud to present a brand-new 35mm print of PHASE IV created specifically for this event!

This once-in-a-lifetime presentation will also include a rare screening of a new high-definition digital transfer of film’s original psychedelic end sequence, long rumored not to exist at all!”

Ellen Harrington, the Director of Exhibitions and Special Events for the Academy will also be there to introduce the movie and share the story of the original ending.

I’m excited because I’ve always loved Phase IV (named after the fourth phase or stage–of something or other that I’ve already forgotten–triggering the ants’ development of intelligence…wow, I just realized how long it’s been since I’ve seen it). While I hate to call this movie a thinking man’s version of the animals-suddenly-evolving-and-attempting-to-attack-man genre, in a way that’s exactly what it is. And while I’ve seen so many of the other movies of this sort (I’m a bit masochistic in my movie choices), Phase IV really IS one of the better ones.

And I can’t wait to see the original ending. 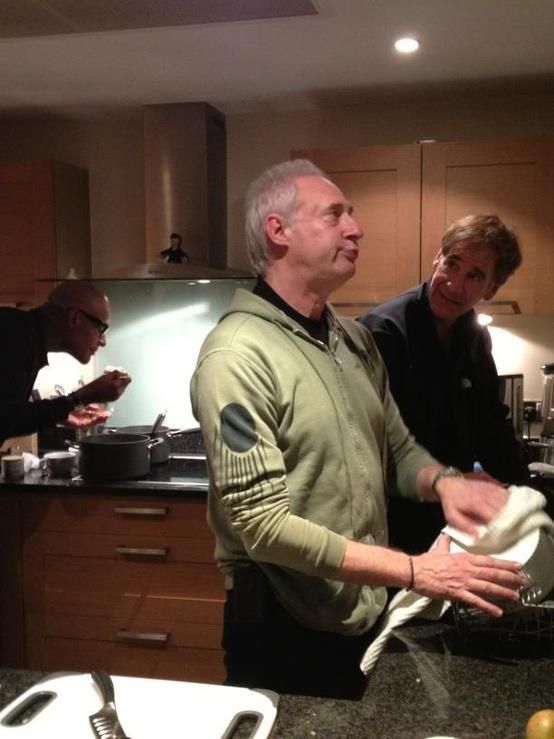 At first, I thought the truck in front of me had large skull stickers on the back of the cab until I got close enough to see that they were large plastic skulls.  That was kinda cool, if a little late for Halloween, but then he started braking and they moved beyond cool and into the world of I want… 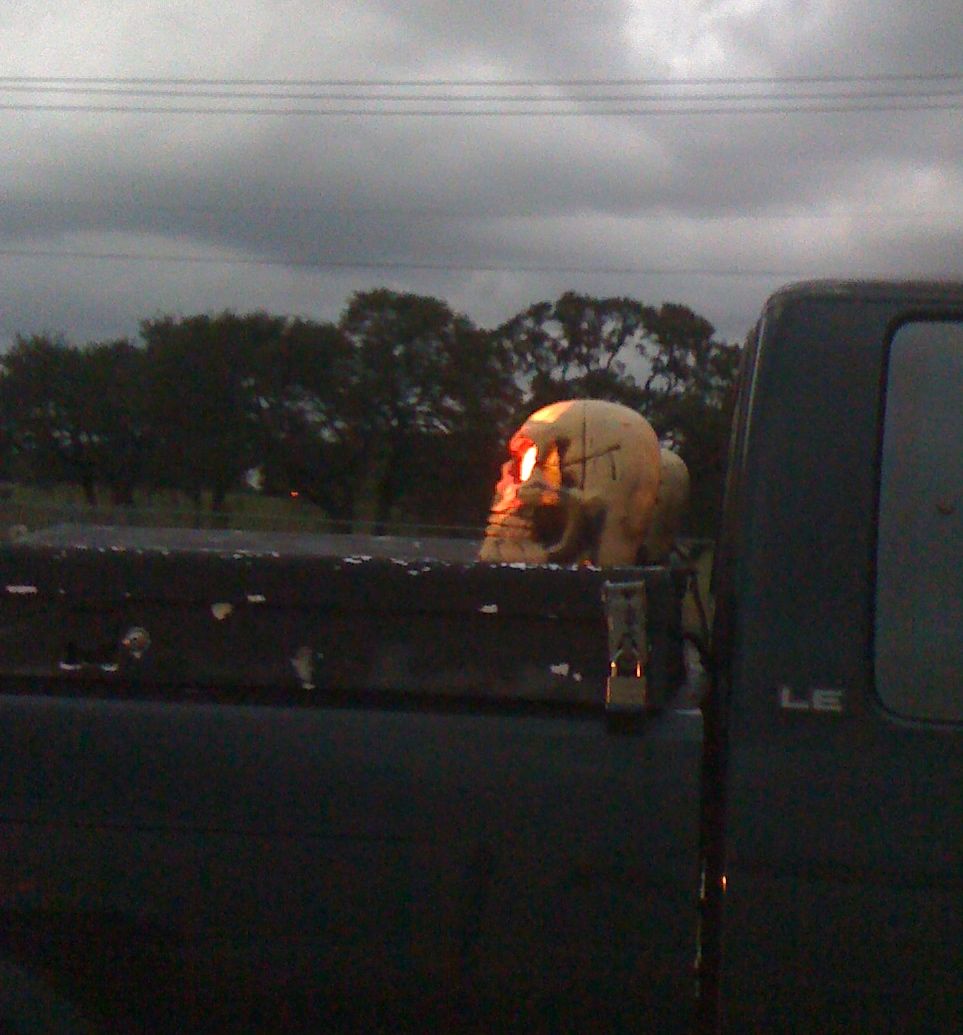 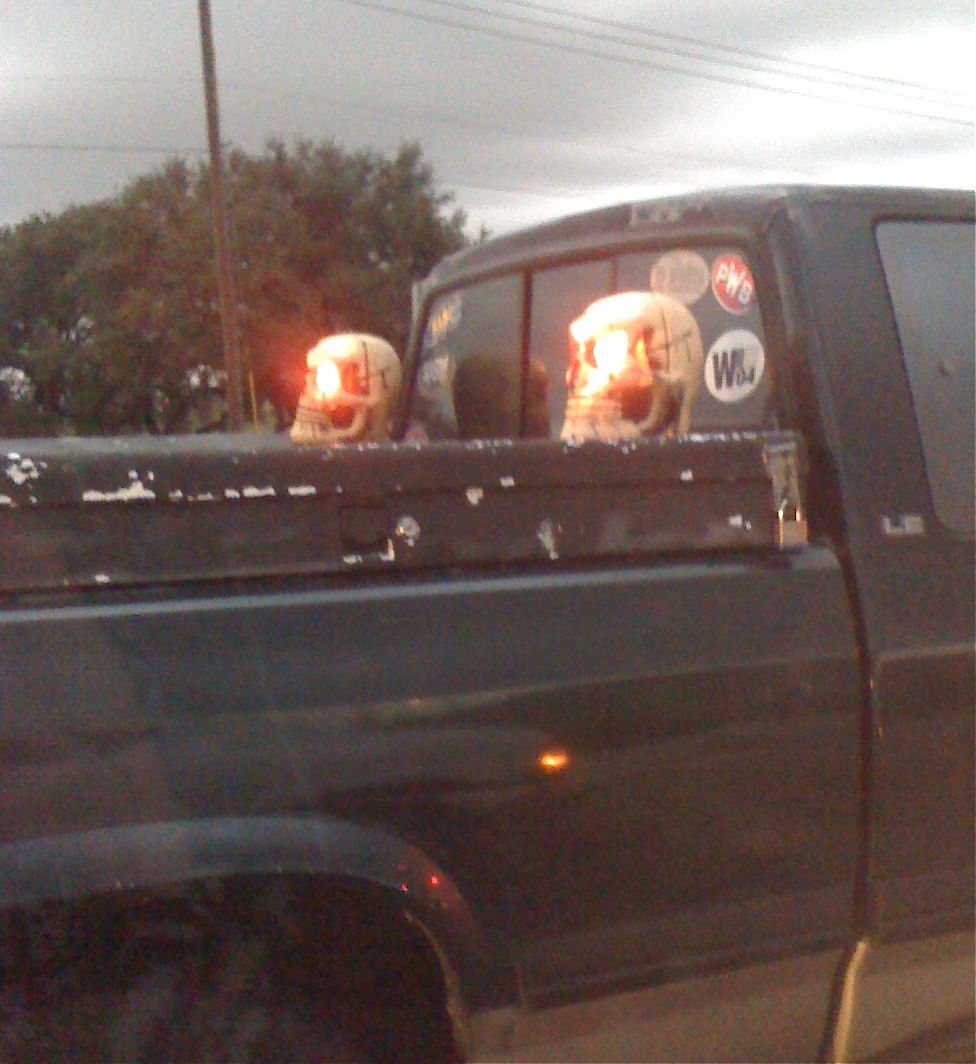 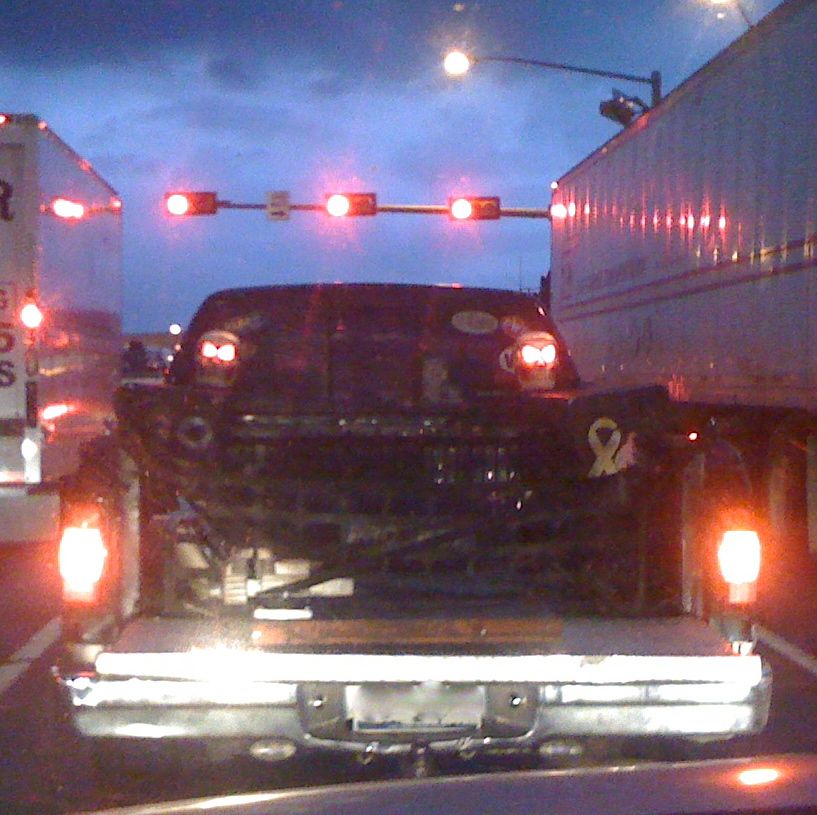 Apologies for the photo quality.  It was dusk and I have an older iPhone with a sucky camera.

UPDATED 10/13/12: I can just imaging what my little Honda Fit would like like with a set of matching headlights…

…and as soon as I finished photoshopping my car – I realized just how much time I wasted with it today. I really need to do something a bit more constructive with my time…

I’m not sure how this ended up being the first thing I’d read this morning… but I have a feeling it’s gonna have a lot to say about how the rest of my day goes.

Craigslist: Looking for a woman with DM experience (preferably 3rd or 3.5 editions) to run a game. Topless.

I don’t think our current DM would mind doing this for us; however, I doubt that it would be entertaining for any of us. Maybe if we could get Ewen MacGregor or Vin Diesel to run a game as a guest DM. Hell, I’d love to have Stephen Colbert run a game for an evening, but I’d expect him to at least wear his breastplate of Truthiness.

I do want to point out, that as the only female in our gaming group, my view of proper attire for guest DMs may not be universally accepted by everyone else.